Hello world! Efrain here from Drive All Night: The Songs of Tori Amos Podcast. First we wanted to say thank you to everyone for the outpouring of support you’ve already shown us and all the future support as well!! This is bound to be an emotionally trying week for many of our friends and loved ones, so we’ve put together a list of Tori songs to help you through the tidal wave. When our world is crumbling around us, we turn to these ten tracks to help ground ourselves, regroup, or just take our mind off the nightmare. We hope that you too can find a little strength in these tunes! 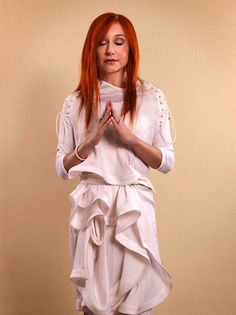 Shattering Sea
This opening track from Tori’s 12th studio album was a stunning drop into the world of Night of Hunters. Alive with a surprising, dark intensity, this song instantly transports the listener out of this reality into a world where the stakes are much higher. Make no mistake, there is a blood battle happening right here and now, and like the lead character in Shattering Sea, we are all going to have to fight to survive. (Key Lyric: His tempest surged an angry flash / and through my arms formed a sea of glass)

A Sorta Fairytale
Poetic and graceful, this lead single from Tori’s 2002 road novel Scarlet’s Walk tells of a relationship that didn’t quite turn out the way it was expected to. With a mature reflection that would go on to become central in Tori’s post-millennium work, this song is an example of how to conduct yourself when everything you know has just crumbled around you and you’re left bleeding under the rubble. In this tune, there is no option but to pick yourself up and move forward, letting everything good from the past fade in the rear view. And yes it’s sad, but we must do the work and travel through the heartbreak to find the strength to go on the journey. (Key Lyric: And I rode alongside till you lost me there in the open road)

Welcome to England
Were it not for Brexit, we’d grab our red coats and Kate Bush t-shirts and head for the tube. Sadly though, it isn’t just the United States facing major political upheaval and this song is a definite reminder of that. With a lilting, strange vocal, Tori suggests that if you’re going to keep warm you better bring your own sun (spoiler alert: that’s a metaphor). But going within and discovering your own will to survive is what being a fighter is all about. (Key Lyric: “…You’ve been down before” / Boy, not like this / I’m in quicksand I am sinking fast) 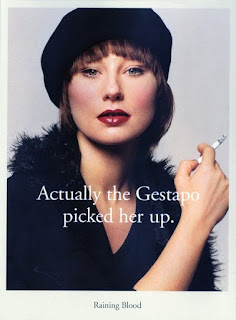 Raining Blood
In the end it was perfectly natural for Tori to cover a Slayer tune–both artists at times have been full of rage. But the approach Tori took surprised everyone in how far beyond rage she went–transcending into the truly horrifying. With it’s deeply chanted low notes and core rumble (turn up the subwoofer for a chill to your bones), this is the song you imagine will be underscoring the moment that the sun explodes and the earth splits into nothingness–or as we call it, Inauguration Day 2017! (Key Lyric: The sky is turning red / return to power draws near)

Hotel
From it’s first note, this 5 minute rocker shows itself to be one of the most complex and unique tracks in Tori’s catalog. Ushering the listener through pulsing tempo changes and soaring vocals, Hotel is a wild example of what could happen if you find yourself in a violent and tempestuous underworld. With a piano, keyboard and even a rare post-Pele harpsichord, Tori shows that she will use every tool at her disposal to fight the dark. And by the time our heroine does reach the finish line, which doesn’t always seem like it’s going to be the case, you imagine her clothes tattered and her hair a mess. But she has survived. And through the darkness, we will too. (Key Lyric: I have to learn to let you crash down) 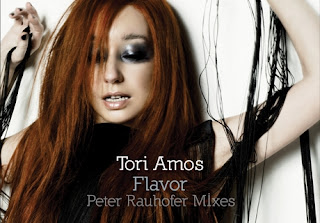 Flavor
Though this song was eventually reworked and released as a single, complete with dance remixes and a video, our preferred version of this track comes from 2009’s Abnormally Attracted to Sin. There’s something about the soft drum loop paired with the nearly imperceptible guitar accents that puts us in the mood to wax political. Here Tori acknowledges that cosmically, the world is malaligned  and the worst thing she can do is not stand her ground. With that, she chooses her side and draws her lines. Flavor’s quiet strength shows us that we too can–and must–do the same. (Key Lyric:  Whose God then is God  / they all want jurisdiction / in the book of earth / whose God spread fear, spread love)

Mr. Bad Man
One of the most divisive songs in Tori’s catalog, this track comes to us from Tori’s 2007 album American Doll Posse. Written a decade before our current political catastrophe, this sing-song-singalong is grinning with surprising, renewed relevancy. Though the tempo may be peppy and the lyric may feel lightweight, we urge you to take a second look. At the very least, this tune is proof positive that yes, sometimes you can point fingers, and sometimes there’s only one person to point those fingers at. (Key Lyric: It’s the one piece that I’ve got left / so hide it well she said) 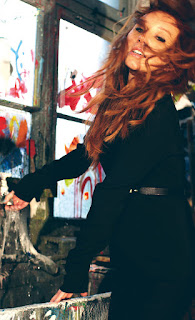 Blue Skies
From her mid-90’s collaboration with BT, this unique entry in Tori’s catalog paired a mostly incoherent vocal with an unapologetically techno beat. People tend to forget this song reached #1 on the dance charts, which helped to seal Tori’s street cred in the dance scene. Blue Skies slyly and innocently invites the listener to sing along with Tori which, if you do accept the invitation, nearly guarantees an immediate parting of whatever dark clouds are hanging overhead. We dare you to sing along with this song and not feel better afterwards!  (Key Lyric: Need a little joy sometimes / got my baby boy / got my blue skies)

Professional Widow (Merry Widow Version live)
A far cry from both the album version and the more popular dance remix, the Merry Widow version of Professional Widow allowed Tori to finally unleash the rage boiling at the heart of the song. The history of Professional Widow would feel incomplete without this violent take, recorded one summer evening in Boston on her 1996 tour. When Tori opened her mouth and let free a cry to the heavens, she unwittingly empowered a generation to scream-sing in their car on days when they’ve just had too much. (Key Lyric: Just like my daddy / selling his baby / selling me)

Little Earthquakes
This seven minute epic closer, from the album of the same title, is a battle-royale with the dark side, where the singular focus is survival. The struggle begins almost imperceptibly, under a sinister rhythm that would prove so critical in Tori’s early work. By the time our heroine begins her unbridled descent into three bridges of pure chaos, fighting for her very soul, we are right alongside her doing everything we can to wrest her body back from the devil. This track reminds us to always stay aware of the innate darkness surrounding us and boldly states that we must never let our guard down–a lesson that is today all too necessary. (Key Lyric: doesn’t take much to rip us into pieces)

HONORABLE MENTION: Not Dying Today
Another divisive track from Abnormally Attracted to Sin, we have included it on this list for one reason only. Under it’s up-tempo, rhythmic groove, embedded into the core of the song, lies the strength of a clear message: Not today Satan! Sure whatever will be will be, but you won’t take our spirit in the process. We use those words like a mantra to inspire us when the sky begins to fall (Key Lyric: I may be six feet under / full of thunder / I’m not dying today) 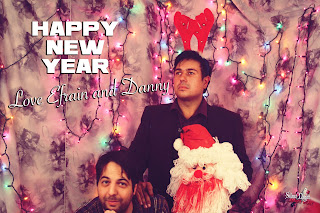 Remember, you can help us continue to bring incredible content right to your earbuds with just a few dollars a month. Your generous contribution to our podcast will go a long way towards securing the interviews you love and making sure we are able to continue to create interesting and in-depth records of each upcoming track in Tori’s canon. Plus we’re offering cool thank you gifts in return. If this is important to you –> become a Patron Supporter today <– !!!!